Tickets for the FIH Hockey Women's World Cup Spain & Netherlands 2022 are now on sale and can be purchased here. The tickets include access to the matches and there will also be a Fanzone space, where you can enjoy many activities, leisure and shopping. The World Cup is much more than hockey! 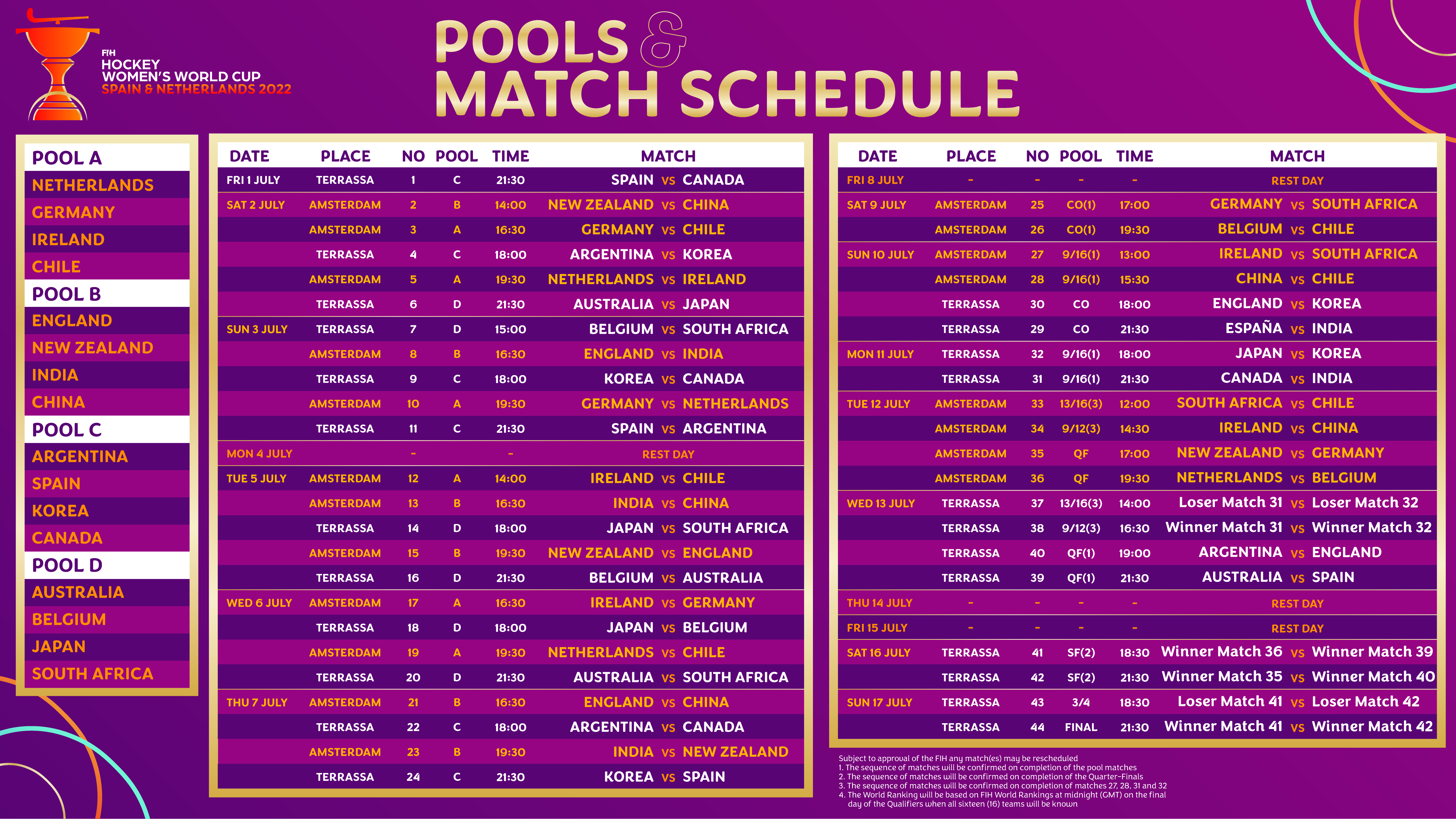 The tickets will be valid per day and will give access to all the matches that are held that day, with prices ranging between 13 euros and 46 euros. There is also the possibility of purchasing Gold Tickets, which will give access to the VIP area of ??the stadium.

The public from 0 to 5 years old will be able to access the stadium for free accompanied by their parents.