Big premiere of the Redsticks

The Spanish women's team made a brilliant debut in the opening match of the FIH Women's World Cup Spain & Netherlands 2022. They did so by beating Canada (4-1), in the first match within Group C of the competition .

The Redsticks entered the game very well, imposing itself on its rival, who was eating up ground as the minutes passed. This is how the opportunities would come from the penalty corner. After four attempts in a row, the last of them and after the rejection by the Canadian goalkeeper, Belén Iglesias shot to send the ball into the back of the net (1-0, Minute 5).

A variation that did not change a match scenario that continued with a clear local command. As a result of this, the opportunities returned, which although they did not materialize in this period, they would in the later one.

A penalty shot by Xantal Giné (2-0, Minute 21) and another by María López (3-0, Minute 26), extended the lead in favor of a hostess who was still sweet on the blue track of the Estadi Olímpic.

Just before reaching the break it was Begoña García's turn to score, who did nothing more than confirm the superiority of Adrian Lock's pupils (4-0, Minute 29).

With the resumption the North Americans tried to change the sign of the clash with successive attacks that generated penalties in their favor. However, just like offensively, the #RedSticks were also firm on the offensive side.

A contention that could not be repeated in the final minutes, when Karly Johansen materialized a corner penalty that closed this first stake (4-1, Minute 57).

On Sunday, at 9:30 p.m., the second game of Spain against Argentina will arrive. An albiceleste team that will begin its journey in this tournament on Saturday against Korea (6:00 p.m.). Later, Australia and Japan will close the second day (9:30 p.m.). 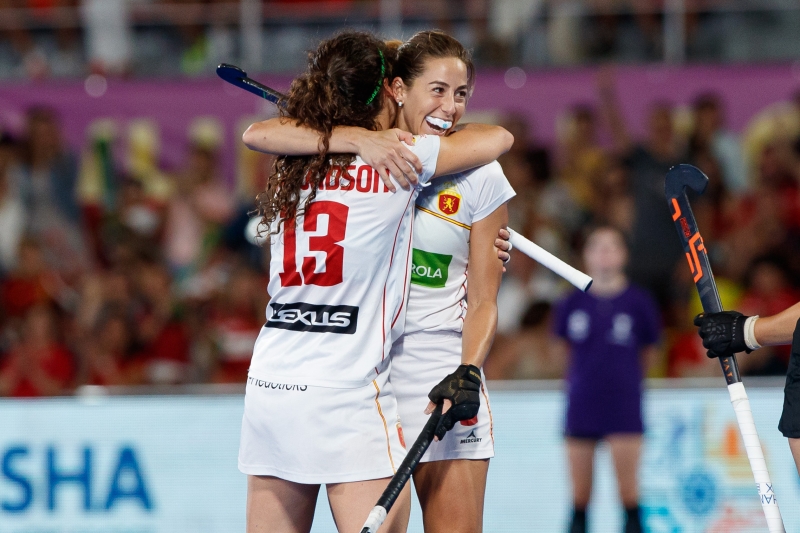