The Redsticks will play the cross-over against India on Sunday 10 at 9:30 p.m., after finishing second in their group. Argentina enters directly to the quarterfinals after taking all the points from group C.

Las Leonas were surprised by an initial goal from the North American team in the first minutes, the work of Grace Delmotte, who countered Argentina with the tie before the end of the first quarter achieved by Jankunas.

Argentina already imposed their law in the second period with two more goals, the work of the Granatto sisters, which allowed them to reach the long break with a comfortable 3-1 to the relief of their fans, one more day of the liveliest in Terrassa.

In the second half, the dominant trend of the Leonas continued, who achieved the widest win so far in the World Cup with goals from Albertario, Forcherio and two goals from Agustina Gorzelany from a penalty corner, top scorer with 6 goals at the moment. the championship. The match served for the debut of the second Leonas goalkeeper, Clara Barberi.

With the victory, Argentina secured first place in group C, with three wins in three games, which gives them direct access to the quarterfinals.

The Spanish women's senior team has beaten Korea (1-4), in the last match of Group C, within the initial phase of the FIH Women's World Cup Spain & Netherlands 2022 presented by Iberdrola.

This result leaves them as second classified, which makes them play the Cross Over against India this Sunday (9:30 p.m.), looking for a place in the 1/4 Final of this competition.

A game where Spain entered very strong and determined to prevail as soon as possible over its rival. Thus, they soon took the game to a penalty corner. However, the Korean goalkeeper became an insurmountable wall for the Hispanic offensive plot.

But the reiteration of attacking actions gave a goal mark that would be confirmed with the accurate shot of Begoña García (0-1, Minute 8), which meant the breaking of the initial figures.

Despite the magnificent local staging, in his only approach to the opposite area, Seungju Lee achieved the tie (1-1, Minute 14).

The break between the first and second quarters seemed to suit Adrian Lock's men, who returned to dominate the match. The chances were soon repeated, until finally, a direct shot by Xantal Giné, from the penalty corner, became the second goal for the #RedSticks (1-2, Minute 20).

A result with which the break was overcome, a time that came with Lucía Jiménez's accurate shot that increased the lead between both contenders (1-3, Minute 33). The public enjoyed the good game of Adrian Lock's and did the wave while the Spanish team dominated.

A scoreboard that remained unchanged, with a Spanish team that controlled the match, to finish off with a delicatessen by Sara Barrios, which the player from Madrid herself certified with the fourth and final variation in the electronic score (1-4, Minute 53 ). 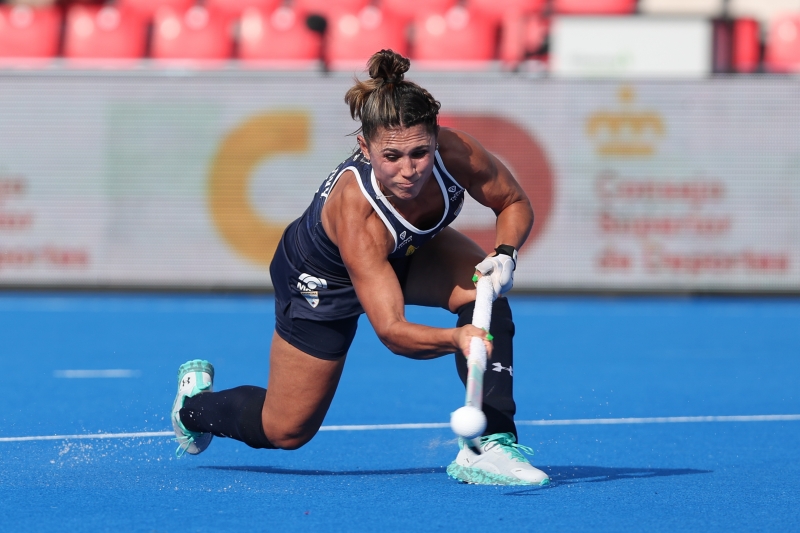 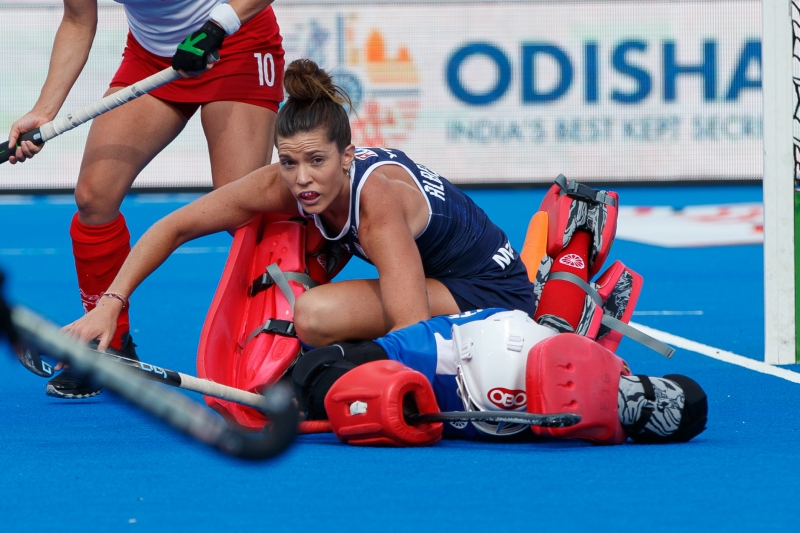 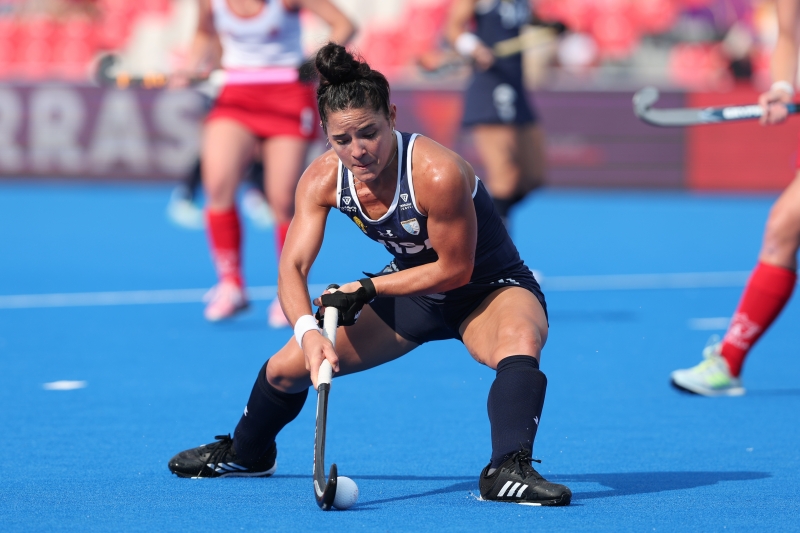 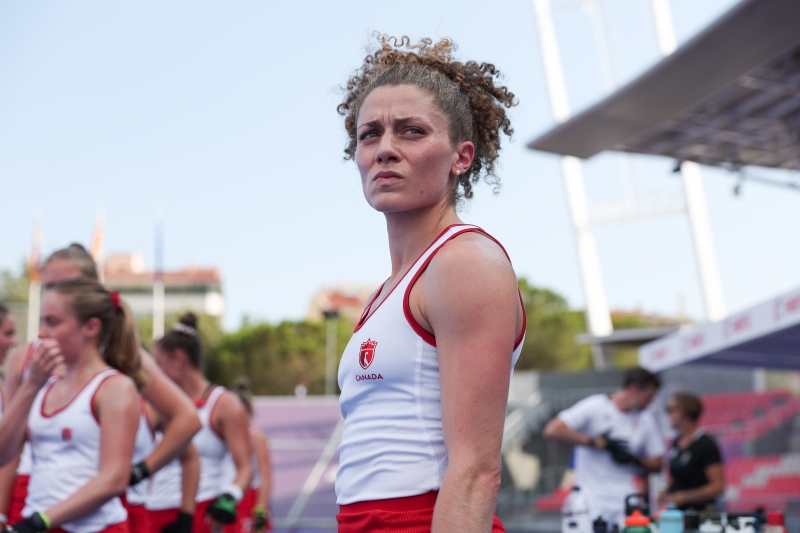 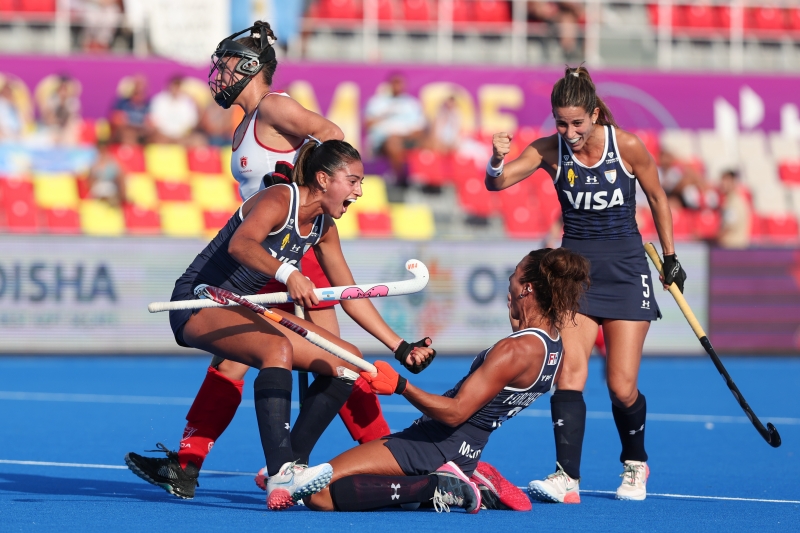 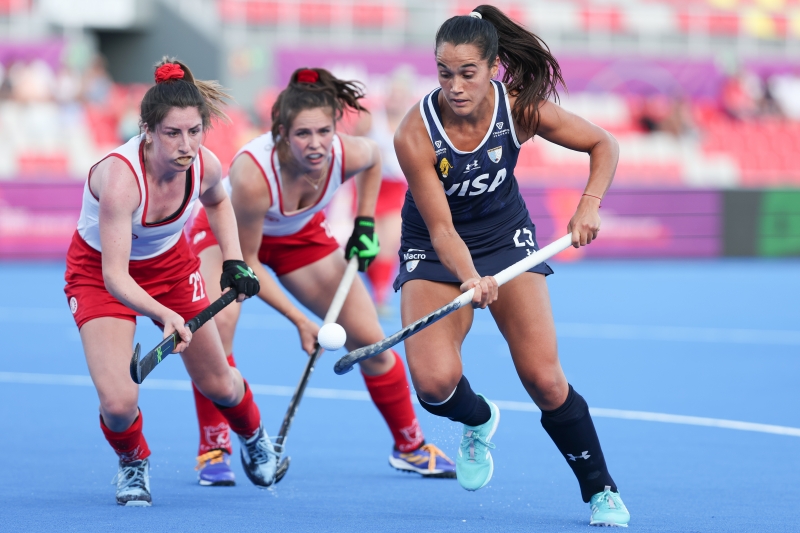 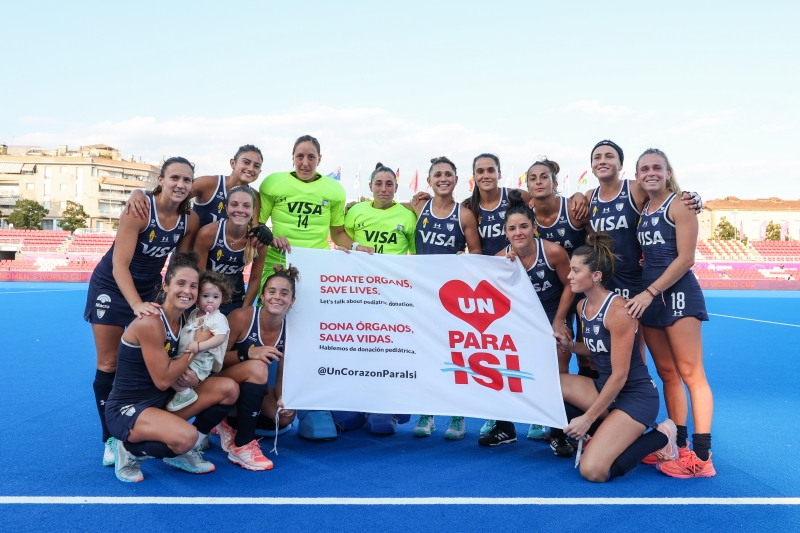 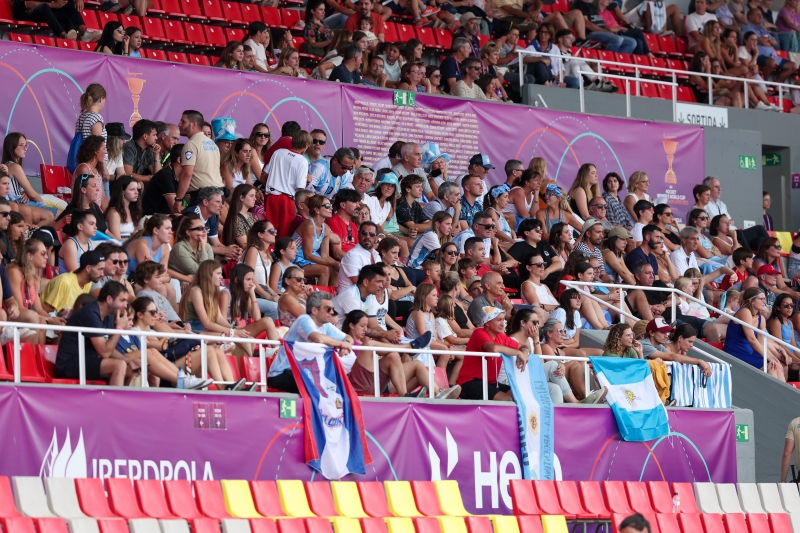 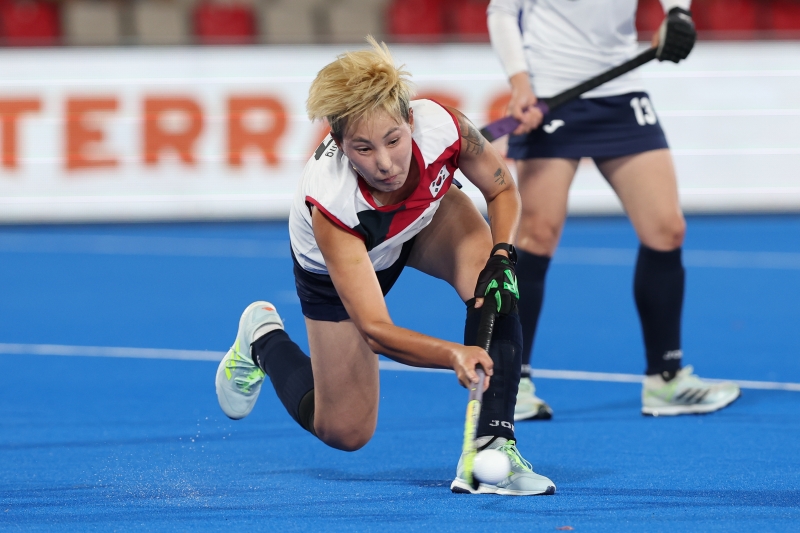 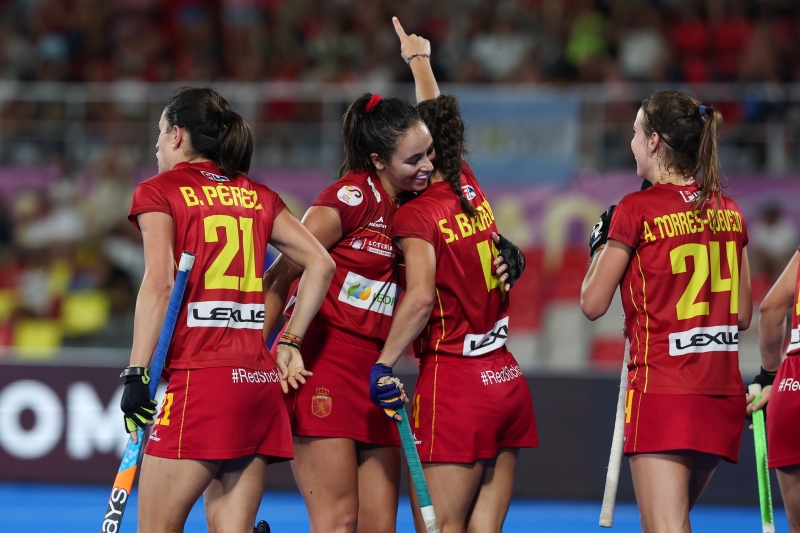 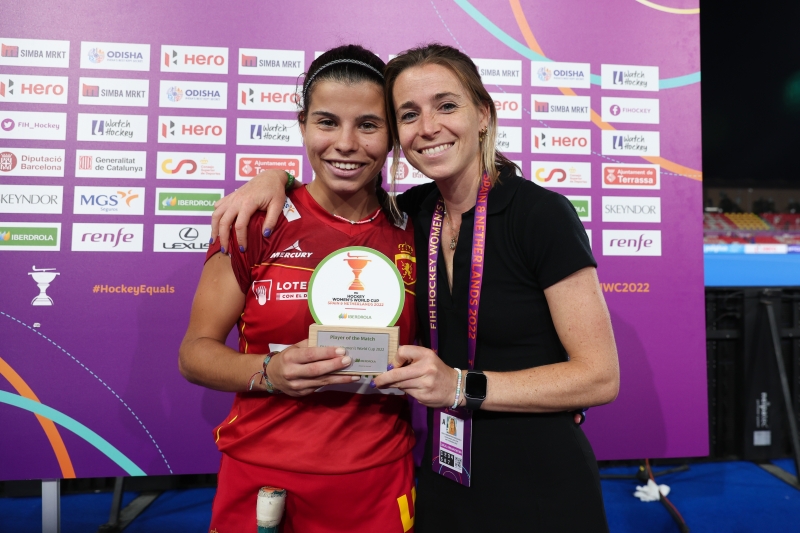 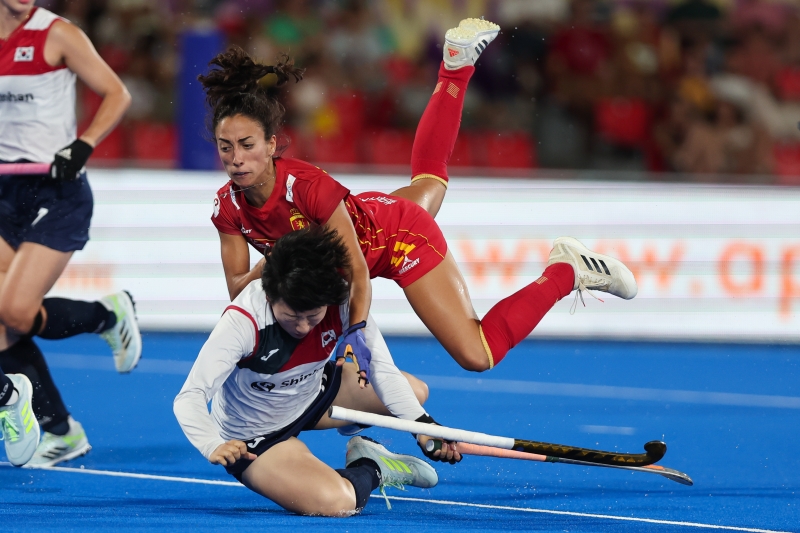 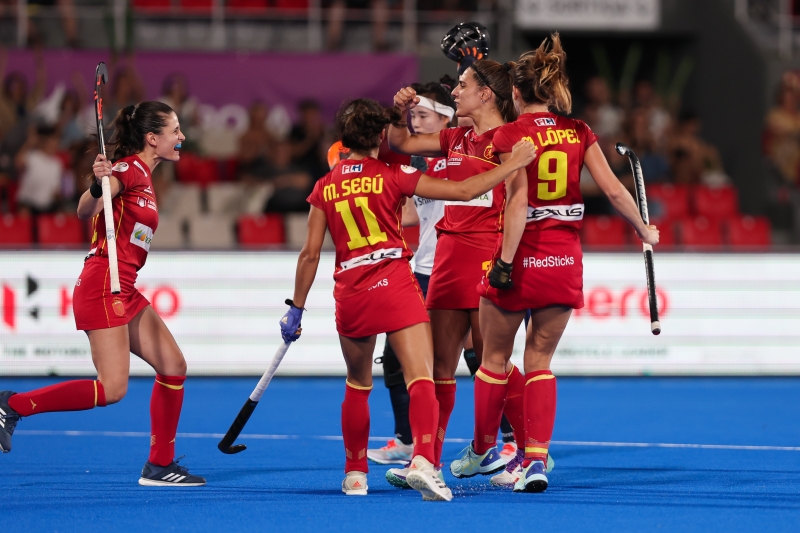 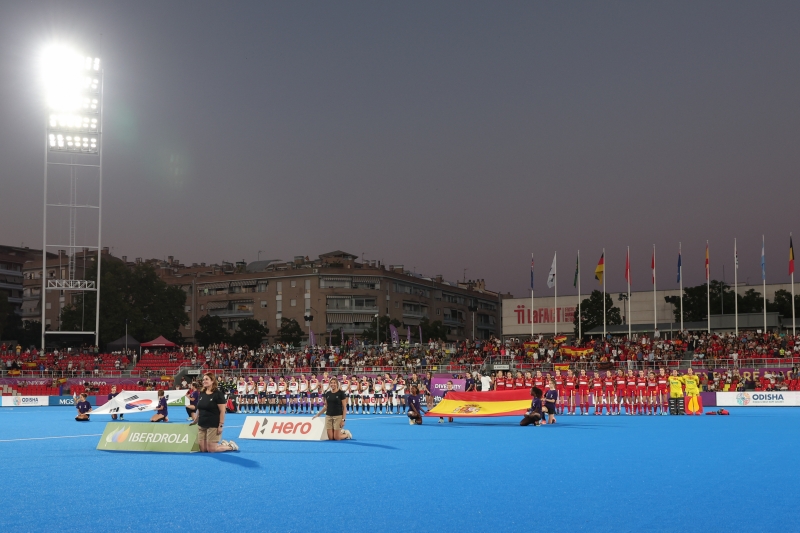 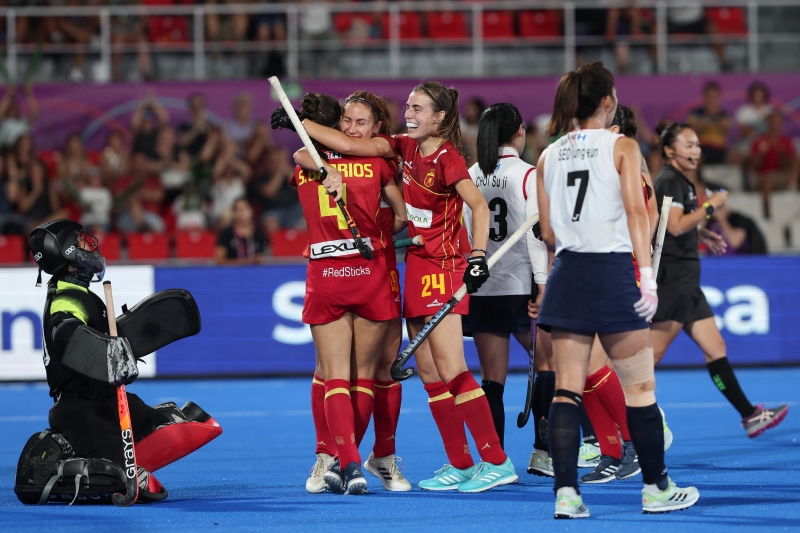 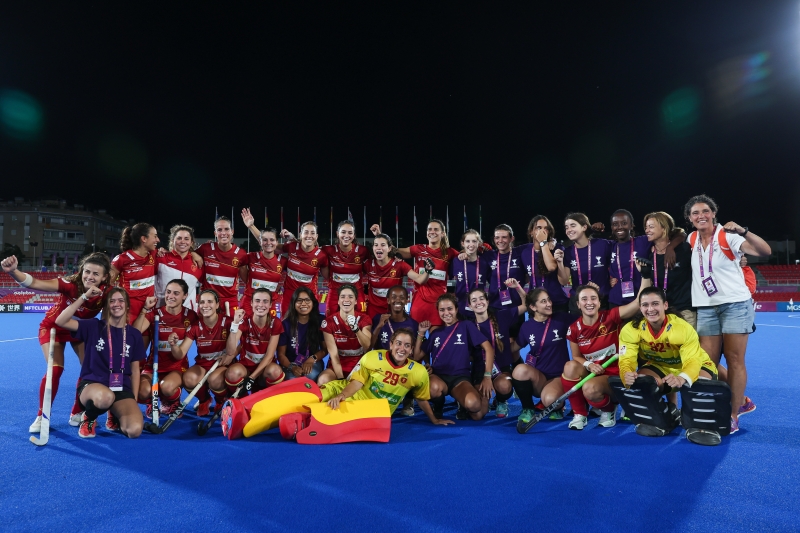