Catalonia is an outstanding tourist destination that offers numerous attractions to any type of visitor: culture, rest, nature, family tourism, sports, business... Its capacity to welcome many visitors and its excellent facilities make it one of the top tourist areas in Europe with about 30 million visitors annually, more than half of whom are foreigners. With a contribution of approximately 12% of GDP, tourism is one of the main sources of wealth in Catalonia and, consequently, has become one of the strategic priorities.

Catalonia is an ideal destination for many travellers due to its wide range of possibilities. While the Pyrenees are an ideal place for skiing, snow tourism, hiking and active tourism throughout the year, the Catalan coastline alternates high cliffs with hidden coves, long sandy beaches, protected natural areas by the sea and numerous possibilities to practice water sports.

In the interior of Catalonia, the wide strip between the Pyrenees and the sea brings together numerous attractions, such as churches and Romanesque monasteries, the natural parks of Montseny, Montserrat and Sant Llorenç del Munt and l'Obac. Worth mentioning are also cities with old city centres converted into pedestrian areas where you can discover monumental heritage, traditional products and fashion shops and accessories.

In Catalonia, you will always have something more to discover. Choose the landscape to your liking: we are a region full of natural contrasts. You have the sea and the mountains. You can enjoy hidden coves with crystal clear water, stroll through a green valley bordering a glacial lake or experience nature in the wild. To preserve this wealth of natural landscape and ecosystems, more than 30% of the territory is protected. The result is 18 natural parks spread across the Catalan geography with very different characteristics, both for flora and fauna as well as for orography and climate. You will find parks with more than 300 species of different birds and 1,400 species and subspecies of plants and ferns, native to either the sea or high mountains. Yes, they have something in common. Do you know what it is? That you can find many things to do together as a family. 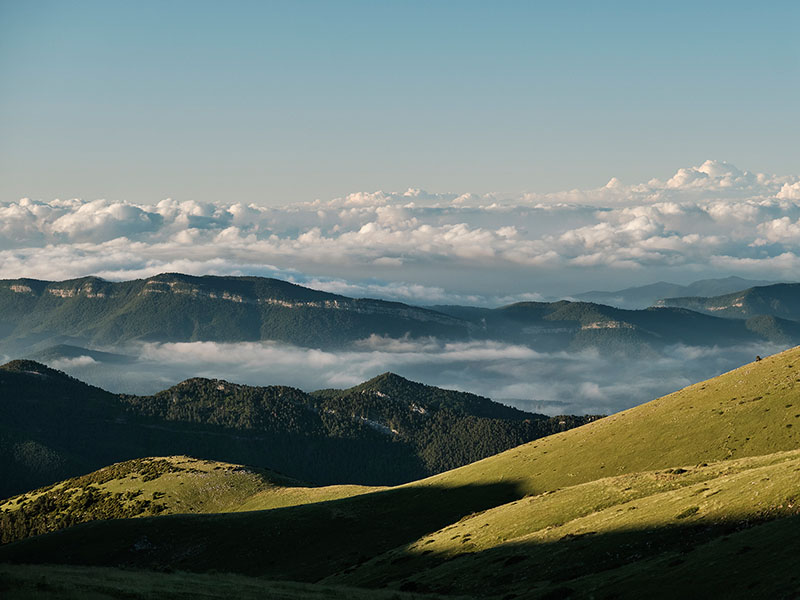 The sea and the mountains

In the Pyrenees of Catalonia, time passes slower. It still preserves some of its rural essence from past times in its villages and artistic heritage, which has its greatest expression in the Romanesque. There are still many unexplored natural areas which can only be reached by hiking, crossing forests, rivers, alpine meadows or heading towards one of the highest peaks in Catalan geography.

Just over two hours by car, you can find the sea washing Catalan coasts. This is a great added value to your visit because the diversity of landscapes you will be able to see is very great. The Mediterranean, the cradle of Western civilizations in antiquity, is one of the places with the highest concentration of biodiversity in the world defined by colour, fauna and temperature.

In Catalonia, the Mediterranean shows one of its most chameleonic areas to transform itself into tiny and charming coves with fishing boats on kilometric fine sand beaches or on urban beaches capable of satisfying any visitor’s longing for the sun. Because in Catalonia the climate is your ally: the average temperature is 17°C and you can enjoy more than 300 sunny days a year. 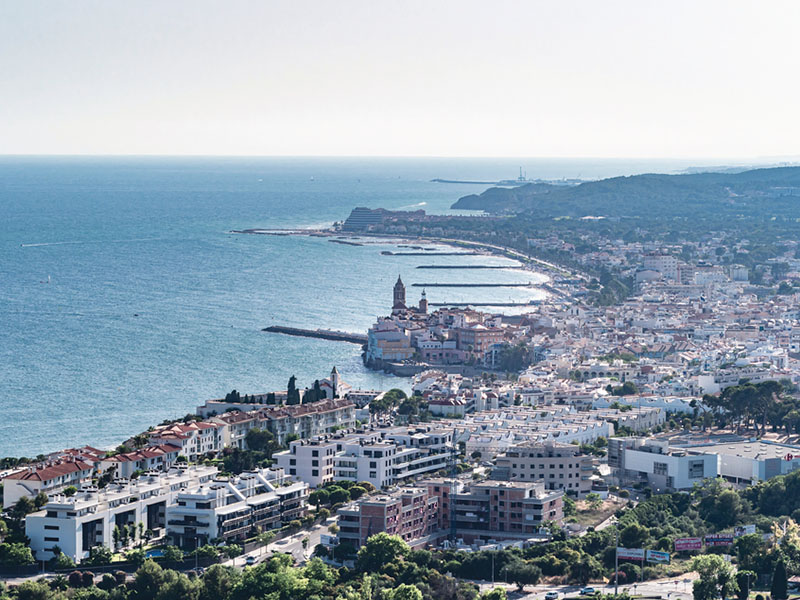 These landscapes have served as inspiration to universal artists who have helped shape the artistic sensibility of the 20th century. Creative geniuses have made the name of Catalonia cross borders. This world of artistry is led by Picasso, born in Malaga and trained in Barcelona; the luminosity of Miro?; the surrealism of Dalí; the material painting of Tàpies and its origins in the Dau al Set. Catalan culture has managed to unite tradition and roots to result in works that remain part of memory and time, such as the Sagrada Familia by the genius Antoni Gaudí. Gaudí's architecture fascinates visitors because of the structural elements it creates, the sophisticated construction techniques or the use of materials, the fantasy and originality of the decorative elements.

Catalonia is a millennial country in which you can find everything from dinosaur footprints and traces of the presence of Neanderthal man to a rich Roman heritage and numerous villas and squares that have preserved the feeling of the Middle Ages. The Romanesque or Gothic style also occupy a space in native cultural diversity, as does Modernism, which became the style of the great civil works of the illustrious bourgeoisie that promoted the Industrial Revolution. Gaudi left his mark, especially in the field of architecture, with works such as Casa Batlló, La Pedrera and the Palau de la Música. 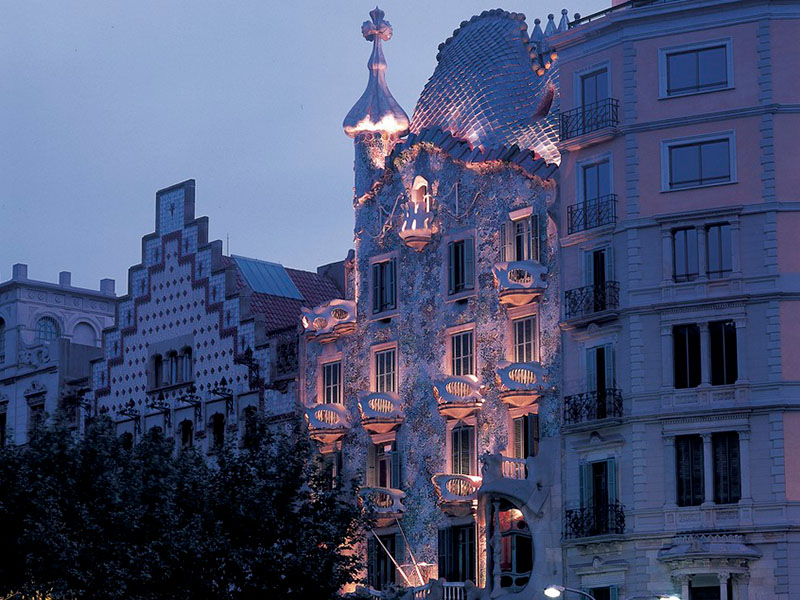 The Catalan capital is one of the most cosmopolitan cities in the Mediterranean. Come and savour the city's unique personality, combining design and the avant-garde with the legacy of more than two millennia of history. Whatever your interests are, Barcelona has something to offer.

Other Catalan cities also shine with their own light, such as Girona, Lleida or Tarragona. They lead interesting sociocultural movements, but they know how to look to their past by displaying castles, growing fruit trees, and taking care of the vineyards to produce the best wines or giving shape and colours to ceramics.

Urbanity coexists with charming small villages with squares and arcades that bear witness to thousands of years of rural life. Villages of different dimensions that are inspired by visitors and offer creativity, innovation and an open spirit based on centuries and centuries of urban life. That is Catalonia. A contrast between the more rural environment and the more urban streets, just a few kilometres away. 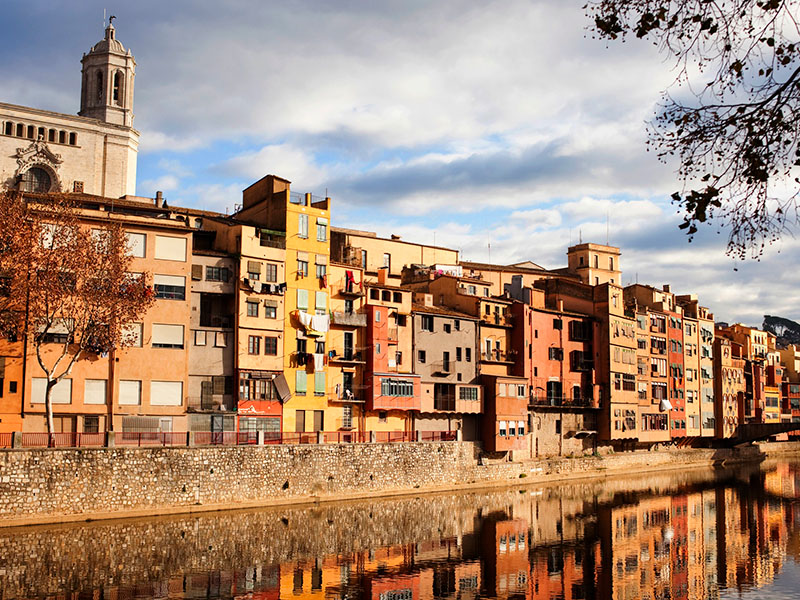 Since the time of the first Greek and Roman settlements, Catalonia has felt a certain fascination with cuisine. It is ubiquitous in every corner of the country, be it in the form of producers, who are the first step in the gastronomic chain, or restaurants. They have spearheaded the revolution of stoves that has taken over Catalonia in the last 25 years and that has made it a reference point

around the world. Cooks such as Ferran Adrià, Carme Ruscalleda and the Roca brothers have helped place our cuisine among the most reputed in the world. The 60 Michelin stars of 50 Catalan restaurants recognise the combination of tradition, quality, innovation and effort.

“Catalan cuisine is the landscape expressed in the pan”, said writer Josep Pla. The sea and the mountains are two ingredients that are also mixed into traditional Catalan cuisine in the form of different products. The Catalan pantry is varied, delicious and of the highest quality. Cheeses, sausages, wines, cava, meat, fish, vegetables... These products vary according to the season and fill the markets of towns and cities.